Often when people think about discount airlines, the negatives immediately come to mind. People crushed into narrow seats. Poor service from underpaid employees who are unhappy and rigid. Having to pay for anything and everything extra, including choosing your seat.

Many times I am asked by friends and acquaintances whether it is safe and reliable to fly with discount airlines.  It’s surprising just how many people think discount airlines fly reconditioned, second-hand fleets. Tired old planes, which are who knows how safe. While some of the older discount carriers may do, the truth to the matter will shock you. It is actually full-service, major airliner fleets, who fly the oldest planes.

Some of the most recognised names in US commercial aviation. And, one of the key market leaders, has an average fleet age of 17 years old. Most of its 747s date back to the beginning of the nineties, the majority, being more than 25 years old. Its competitors aren’t in much better shape. This is not to say that these planes are not meticulously maintained. Most however, show their age. Their dreary old cabins, their tired cramped seats and their lack of services, are ill-equipped for the modern traveler. Thus, in my humble opinion, they have dropped the ball. 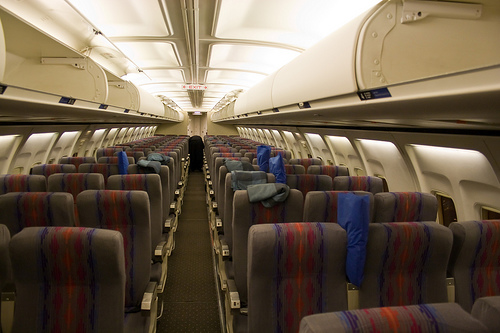 This is where a new generation of discount airlines have come in with a vision. Most Importantly, they are aiming to revamp the way people see travel. Not only as accessible, but also as the pleasurable experience it should be. There are many new providers who fit this vision. One that I have had experience with, is Norwegian Air Shuttle. In fact, I chose specifically to fly on two separate occasions with them. Both Trans-Atlantic in this last year. Once, Denmark to New York (JFK) and then New York (SWF) to Edinburgh. Each time, it cost me approximately $139 each way.

On the flight over to New York’s JFK, we were serviced by the stunning 787 Dreamliner. With its wide and spacious cabin, beautifully appointed and comfortable seats, it is a breath of fresh-air. The colours, the tone and the feeling you get, is welcoming and attractive.  However, the practicality for the modern traveler is also there. It comes equipped with free-WiFi, USB power chargers for phones and power outlets for laptops. Thus is adds a great amount of convenience for anyone wishing to work or watch something on the trip.

Its in-house entertainment system is also award winning. It has a good sized high-res, bright personalised screen in the seat in-front. Most importantly, what I loved about this was the interactive 3D map. It was like no other I had used before. I love exploring and this gave me hours of fun to play with incredible details. In comparison, in May, I also flew a full-service American airliner. A trip from Mexico City to Miami. When I asked if there was a charger for my tablet, I was almost laughed at by the flight attendant. 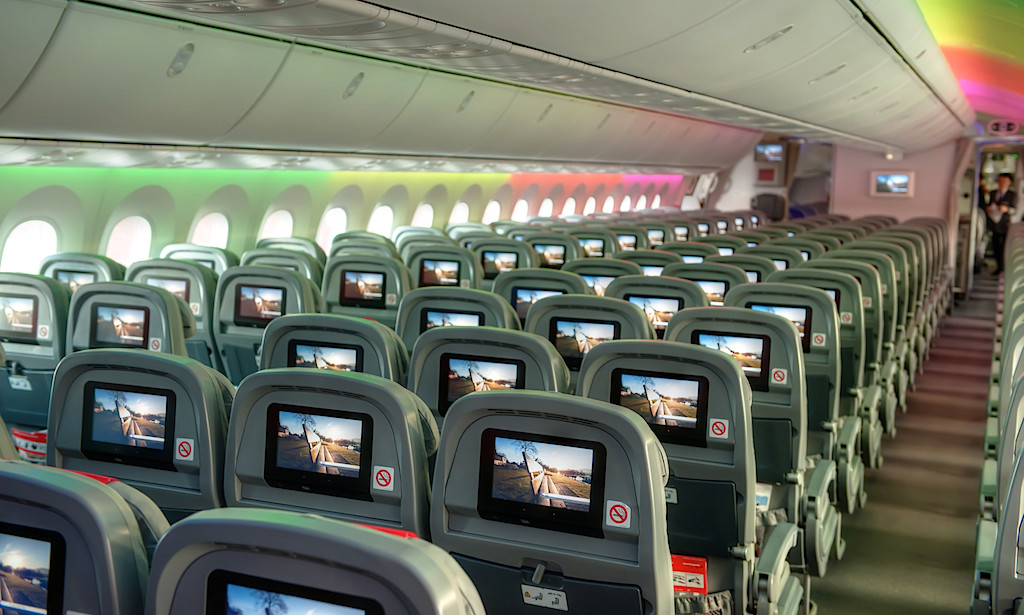 The Norwegian 787 Dreamliner we flew with was just five months old. On the way back to Europe, we were due to return with the new 737 MAX.  However, due to its delayed delivery, we flew instead with the 737-800. This too was only a few months old. I was stunned by the roomy nature of the cabin’s interior. The comfort of the seats and the amount of leg room we had, equalled what most full-service traditional airliners would reserve for premium economy seats. Here, we were serviced by good quality working Wi-Fi. This was fast and reliable enough to keep me online and in touch with everyone on the ground. On this service, Norwegian also has a paid-for, plane-wide selection of entertainment I could access using my tablet. 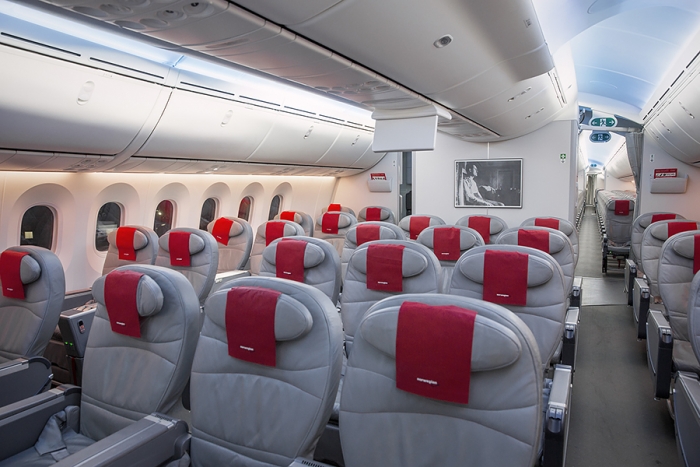 It’s not just the age of the airlines, the well appointed nature of their planes and the services they provide onboard. It’s also the destinations that these new airlines are targeting that make them so interesting. By choosing new fleet configurations, they have consciously decided to go where others do not. These planes are able to travel to smaller airports. Places traditional full-service airlines, with their top heavy infrastructure,  aren’t even able to consider flying to.

Discount airlines are opening routes to more exotic, seldom known and less visited destinations, to a new generation of travellers. Travellers who value a good story from the off the beaten path. With the fuel efficiencies of the 737-800s and the new A321neo, locations in Europe like Cluj Napoca and Târgu Mures in Transylvania, Pristina in Kosovo, Tallin in Estonia, Tuzla in Bosnia Herzegovina are sometimes less than the cost of a taxi ride away. 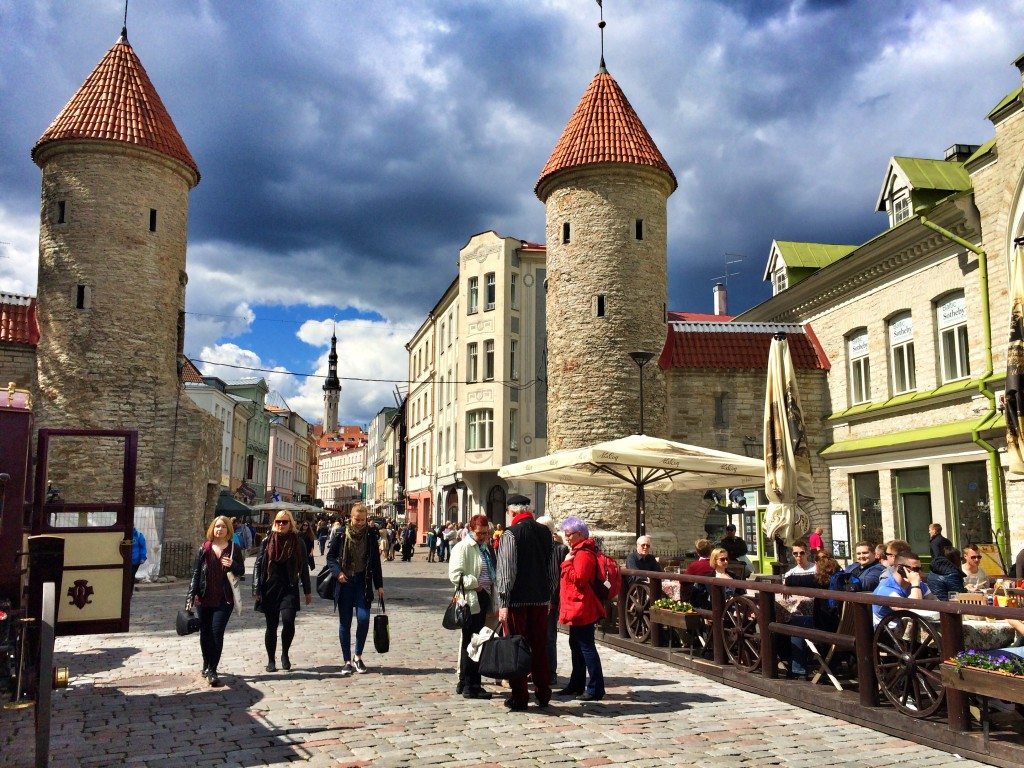 For All The Right Reasons

So if you want to be surprised and launch into an adventure you may not forget, for all the right reasons, then get online and pick a destination you haven’t yet been. Don’t be thrown by the comedic cliches of “Computer-Says-No!” or all your preconceived notions of poor service. Take a leap out there with a new generation of low cost airlines. I’m almost certain you’ll be pleasantly surprised.

is the founder of Destinator Travel (www.destinatortravel.com) a Travel Concierge Service with a difference. Destinator Travel believes that travel should be accessible and affordable for everyone. A completely immersive and transformational experience to be thoroughly enjoyed. From the initial idea, to living the experience.

Lalika will create your own Personal Travel Itinerary (PTI). The intention, to save your time, energies, money, efforts and concerns, reducing stress, so that you can focus on the travel experience itself. His aim: to find the most cost-effective, convenient and immersive cultural experience at a price you are happy to pay. An experience to exceed your expectations. His service is based on an egalitarian, Pay-What-You-Feel-It’s-Worth basis. This gives you the freedom to choose what you believe his assistance is worth to you, while giving consideration to the efforts invested by him and value delivered to you.